A 55-year-old man was referred with severe shortness of breath and dyspnea on exertion. He had multiple Hospital presentations in the prior year with episodes of Acute Pulmonary Edema. He was in NYHA class III.

On presentation, BP was 98/60 mmHg and ECG showed sinus rhythm at a rate of 95 bpm with Left Bundle Branch Block (LBBB) and a wide QRS (177ms). He had peripheral edema and crepitations on respiratory auscultation. His Echocardiogram is shown below: 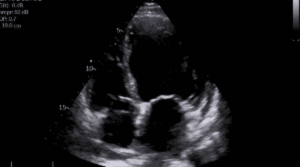 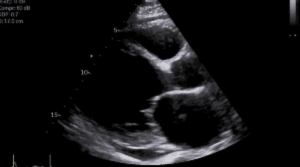 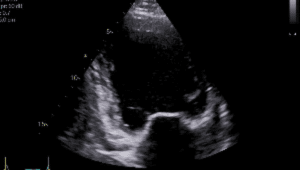 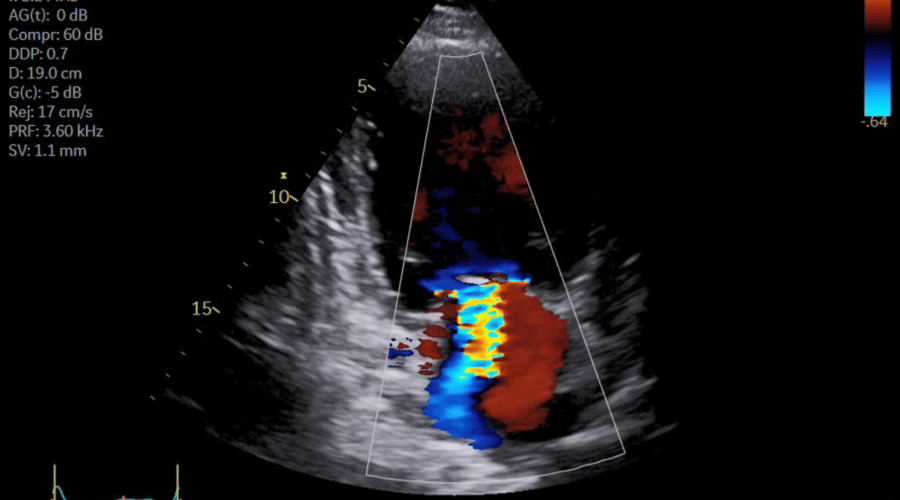 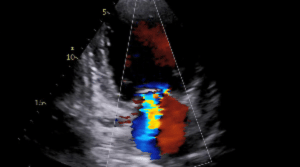 As evident on his Echocardiogram, he had severe left ventricle dysfunction with moderate to severe functional mitral valve regurgitation. He was started on Guideline Directed Medical Therapy (GDMT) for his Heart Failure (HFrEF) including Sacubitril/valsartan, Nebivolol and Spironolactone. The course of treatment was complicated by a few Hospital presentations due to hypotension and syncopal episodes. His coronary angiogram showed no coronary artery disease and a cardiac MRI, did not help in identifying the cause of his dilated cardiomyopathy.

As he remained symptomatic 6 months after medical therapy with severely impaired LV function and a wide QRS, a CTR-D device was inserted. Two months later he was admitted to Hospital after receiving 3 shocks from the device. Interrogation revealed that the shocks were “inappropriate” and were due to rapidly conducted episodes of Atrial Fibrillation (AF). He was started on Amiodarone and Apixaban and Nebivolol dose was increased, despite mild dizziness and low BP and had appropriate Defibrillator adjustments.

Two years after therapy, his exercise tolerance has improved significantly and he has remained completely asymptomatic, in NYHA class I and no further hospitalizations. Here are his most recent echocardiogram and ECG: 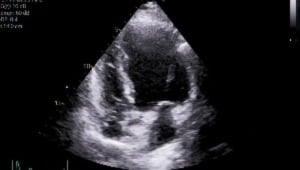 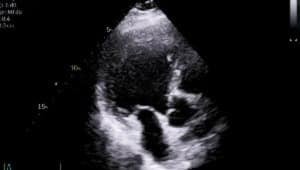 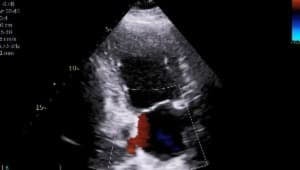 2-chamber view with near resolution of Functional Mitral Regurgitation 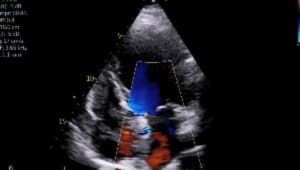 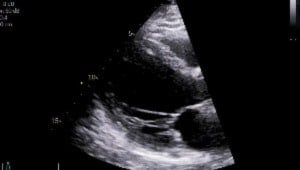 78 Y-O man with left leg skin discolouration and thickening for many years. He also reported mild swelling and a

A 55-year-old man was referred with severe shortness of breath and dyspnea on exertion. He had multiple Hospital presentations in