The link between weight loss and improvement in blood pressure readings and other health benchmarks is well-established. Many years of extensive research and tens of thousands of participants in different trials have helped us establish this strong association.
As our knowledge expanded in this area, the focus shifted on weight loss and ways to achieve that. Over the past few decades, “weight loss” has evolved into a multi-billion dollar industry. Various methods, classes, foods, recipes, exercises and medications have been developed, right or wrong.
Weight loss is not an easy task and involves various factors, including diet, physical activity, exercise, and most importantly mental power. It requires a drastic change in “lifestyle“.
Bariatric surgery, including Gastric Sleeve or Bypass, has gained significant popularity as a shortcut to overcome this hurdle.

One crucial point is that losing weight via surgery is not the final cure for obesity and does not guarantee a healthy and happy future if it is not accompanied by “lifestyle change”.

Weight can slowly creep back up if one continues the poor habits before the surgery, including an unhealthy diet and sedentary lifestyle. However, these interventions can be a giant leap forward to “kickstart a healthy lifestyle” in the right candidate with sufficient criteria for surgery.
There are a few not well-recognized complications of weight loss surgery that I will discuss here with two cases.

A 48-year-old man was referred for “asymptomatic bradycardia”. He had presented to his General Practitioner with general fatigue and lethargy for about six months. He had no other symptoms, including chest pain or dyspnea and never had syncope or presyncope. He is physically quite active and very fit.

His history is notable for weight reduction surgery about 12 months before this presentation. His weight before surgery was 106 kg (BMI 35) and now 70 kg (BMI 23). The circumstances around his surgery are not entirely clear; however, he mentioned that he used to be physically active before his surgery and just wanted to lose some weight to be easier for him to exercise.

Apart from a low blood pressure of 105/60 mmHg and a low pulse rate of 36 bpm, his physical exam was unremarkable.

All his blood results, including Hemoglobin, Iron, Ferritin, Vitamin B12, folate, TSH, and renal and liver function, are within normal range. He does not drink or smoke. An ECG is performed as part of a routine check-up, shown below.

Considering the presence of the marked sinus bradycardia and his father having a coronary artery bypass surgery at the age of 60, he was referred for a few cardiac investigations, including Echocardiogram and stress test. His heart was structurally normal, and his exercise tolerance was excellent. He could run on Bruce protocol for 15 minutes, an equivalent of 14.8 METs, with no abnormalities on ECG or Echocardiogram, and remained asymptomatic through exercise. This is a very high level of exercise tolerance, somehow at the level of elite athletes.

A 26-year-old lady was referred for dizziness and a few episodes of syncope at home. She is currently 22 weeks pregnant, and her first episode of syncope happened while she was 8 weeks pregnant. This syncopal episode occurred during a warm day while standing in the backyard, holding a tray. She just found herself on the ground, without any warning signs. Her husband was present and could help her immediately to sit. Her recovery was speedy. She did not have any cardiac or neurologic complaints before or after the event.

Since then, she has had a few episodes of dizziness and presyncope, and as soon as she assumes an upright position, she feels faint. She denies chest pain or dyspnea. She is not on any regular medications. She has had a few presentations to the emergency department, three unremarkable Holter Monitors and a normal echocardiogram. She is physically quite active, attending the gym three times per week and walking 15,000 steps a day. Even before the surgery, she used to do regular exercise.

Her history is notable for a Gastric Bypass Surgery (Roux-en-Y) one year before this presentation. Her initial weight was 156 kg (BMI 55) and now 100 Kg (BMI 36). She does not smoke nor has diabetes or hypertension.

On physical exam, her heart rate was 72 bpm. Her blood pressure was 103/68 mmHg while lying and 95/68 mmHg while standing. Otherwise, the exam was unremarkable. Her blood results were all in the normal range, including Iron and ferritin.

Her ECG is shown below:

The two cases above depict the complicated physiologic changes after the bariatric surgery and sudden, significant weight loss. Many studies have shown that as soon as six weeks after the surgery, the Cardiac Output (CO) starts to drop, primarily due to a drop in Heart Rate rather than Systemic Vascular Resistance (SVR).

Less oxygen demand and a shift in the sympathovagal balance toward increased parasympathetic control (vagal tone) are the main drivers of the lower heart rate. Few studies have suggested that a drop in the levels of Leptin after surgery could be one of the leading causes of increased vagal tone. Leptin is a hormone made by fat cells which can increase sympathetic activity and increase heart rate in obese individuals. Lower blood pressure is inevitable in hypertensive as well as normotensive individuals due to this drop in cardiac output.

Now if the person who undergoes bariatric surgery has a lower heart rate and blood pressure at baseline (before surgery), these changes would be exaggerated with more pronounced bradycardia and hypotension.

In case 1, our patient did not have a very high BMI to start with, and his blood pressure and heart rate before surgery have been entirely normal. After losing 36 Kg in less than six months (33% of body weight), his body required much less stroke volume, which could be easily met by a heart rate as low as 36. As we can see in the picture below, 12 minutes into exercise on Bruce Protocol, his heart rate was just 133 bpm, which indicates a high level of fitness and vagal tone.

In his case, bradycardia does not require any specific treatment as long as he remains asymptomatic. Whether he would need a Pacemaker in future or not entirely depends on his symptoms and not the heart rate alone. He would certainly require more frequent follow-up with his General Practitioner and close monitoring, considering his initial marked bradycardia.

The second case shows how the combined hypotensive effects of bariatric surgery and pregnancy can cause orthostatic hypotension, dizziness and even syncope. During pregnancy, heart rate increases, and there is a drop in Systemic Vascular Resistance (SVR) due to high levels of hormones like Estrogen, Progesterone and, more importantly, Relaxin. The reduction in SVR results in physiologic hypotension in pregnancy with blood pressures as low as 95 mmHg systolic. Our patient became pregnant six months after her Gastric Bypass surgery. At the time, she had lost over 56 Kg (35% body weight), which significantly lowered her heart rate and blood pressure. She was young and physically active with a completely normal heart. After becoming pregnant, there was a further drop in blood pressure due to physiologic hormonal changes and lower SVR. Her syncopal episode was during a warm day, with the likely added effect of dehydration. Naturally, the net result will be dizziness, symptomatic orthostatic hypotension and even syncope.

The take-home message from these two cases is raising awareness of the physiologic changes after weight loss surgery, including bradycardia and hypotension. It is crucial to evaluate the patient’s condition and fitness level before surgery to make a sound judgment of the changes after the surgery. This is essential to differentiate the physiologic from pathologic changes and prevents numerous unnecessary investigations and the added anxiety and stress for the patients.

In the first case, the patient was reassured and will have the usual follow-up with his general practitioner. In the second case, she was advised to take it easy while pregnant with plenty of rest and hydration until the pregnancy is over. After delivery and reversal of the hormonal changes, her blood pressure and symptoms would improve, and she does not require any specific medical or device therapy. 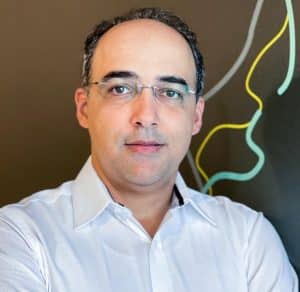 The link between weight loss and improvement in blood pressure readings and other health benchmarks is well-established. Many years of